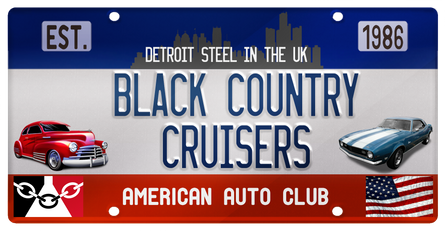 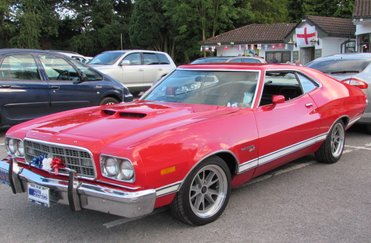 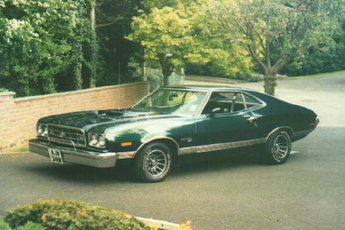 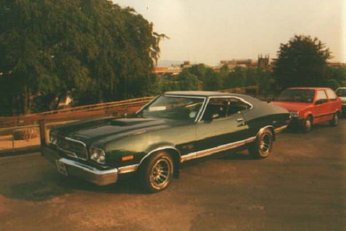 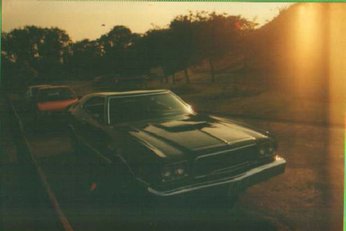 Nineteen seventy seven – a schoolboy fantasy rears its ugly head. Well, two actually – one, a 1974 Ford Gran Torino and the other Cheryl Ladd, but to quote Barry Norman, ‘not necessarily both at the same time, and by no means simultaneously!’. Reality however made itself known, and I had to make do with a Corgi model and a poster for my bedroom wall. Oh well, maybe later.

Some years later while attending Billing in 1994 I was greeted by the Big Green Beast as I used to call it. A ’74 notch back it wasn’t. Nor did it carry a 460 Police Interceptor block. It wasn’t candy apple red either, but I knew I was going to have it.

Within a week, I had purchased my very first (and to this date only) American car. After parting with a rather large sum of money and shaking the guy’s hand, that feeling ran through me, you know the one – ‘Oh my God, what have I done?’.

Luckily I had nothing to worry about, it was a sound buy. The car in question is a 1973 Ford Gran Torino Fastback Sport. Numbers matching, low mileage (27,000 from new). It has a 351 Cleveland, CobraJet four barrel, dual exhausts, headers and the rally options package which includes competition suspension, a Hurst four speed manual on the floor and the full gauge package. It also came with the original build sheet and protector plate.

From the history that came with the car, I found out that it was purchased on 7th July 1973 by a Mr. Stanley S. Sherriff of Pocono Pines, Pennsylvania. This would be about eighty miles east of New York in a heavily wooded National Trust-like area. The car was built in Oakville, Ontario, Canada on 28th June 1973 and shipped to a Newark, New Jersey dealership, where it was sold to Mr. Sherriff.

The Torino was imported over here in late 1989, sporting its original colour of Green Gold metallic. In early 1994 the factory side graphics were removed and the car was resprayed in British Racing Green metallic.

In the time I have owned the car (just over nine years)I have had little or no trouble with the car, having put on 17,000 miles, apart from a new clutch and the usual items replaced due to wear and tear, and also taking the car to someone ‘well recommended’ for a tune up, and finding that the said ‘cowboy’ almost destroyed the engine which took me over 600 pounds to repair, plus his original bill of 500 pounds. Oh well, its not the first time in the history of the universe that a car owner has been taken for a ride and it won’t be the last.

The bright side to this experience is that I met a brilliant mechanic by the name of Reg at R.H.R. Services in Pensnett, and through him, Malcolm and Paul in Commonside, who are excellent body repair specialists. I’ve since entrusted every job that I have needed doing to these folks, including getting my 32 year old Hillman Avenger back on the road – but that’s another story.

In early 2003, I discovered that the dreaded tin worm was manifesting itself in the bottom of the doors, so I decided to have a little repair work done. When I had finished, every panel was in primer, so I decided to have a compete respray. I couldn’t find a shade of candy apple red that I liked, so I finally chose Ford Radiant Red, an original Ford USA colour. This year, I also treated myself to a brand new fitted carpet, some CobraJet badges for the hood scoops and a pair of new armrest pads, all from Auto Krafters, who are Ford Torino parts specialists. One day, I might just get that elusive chrome wheel arch trim, as these are not reproduced new and secondhand ones are just as dented and damaged as the ones I already have. 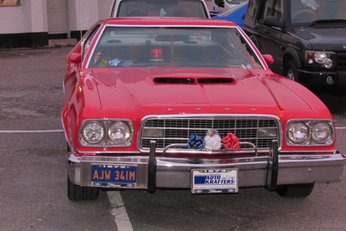 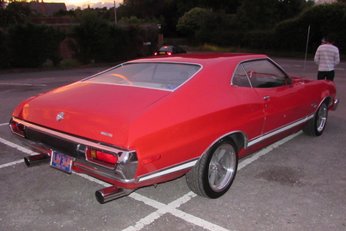